DSC's mission is "DSC supports people in living a rich and meaningful life." 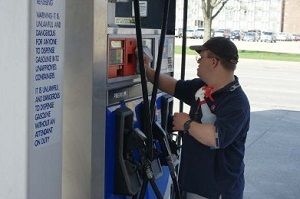 Making a difference in lives every day

The history of DSC started with humble beginnings, but given unwavering passion and effective leadership the organization has seen tremendous growth since its beginnings.

DSC’s past reaches back to 1960 when a devoted a group of citizens and an enthusiastic community wanted to offer people with disabilities an opportunity to become more involved in and contribute to their community. During that time, The Champaign County Rehabilitation Center, Happy Day School, Mayor’s Action for Retarded Children, and Togetherness Club were four separate programs with unique origins, but were destined to become a unified and comprehensive program of services, eventually becoming DSC.

In 1962, the Community Rehabilitation Workshop was founded and incorporated as a not-for-profit agency. The need for this workshop was recognized by a group of interested citizens, headed by the Mayor of Champaign (and acting Liquor Commissioner), Mr. Emmerson V. Dexter. Through this capacity, Mr. Dexter located a vacant tavern at 49 Main Street in Champaign, whose lease was held by the Holiday Inn. For 18 months, The Holiday Inn offered the rent-free use of the site where five clients and one volunteer Director began the Workshop.

With a place to begin, services were underway!

The furnishings in the tavern were sold for $400 with the proceeds used to help start the Workshop, while the renovation and painting of the new location were donated by helpful neighboring services. When the Junior Service League generously donated $5,000 to the Workshop, the effort really began to stand on solid ground.

The first Board of Directors included Mr. Dexter and members of his committee, Junior Service League members, representatives of the Unit 4 Schools Pre-Vocational Office and other community businessmen. They appointed a retired Industrial worker as the workshop’s Director for a salary of $50 a month.

Assisting the Director were several volunteers who operated the workshop for five, half days per week from 12:30pm-4:30pm. Initial contract work included repairing Coke cases and furniture, sharpening knives, sorting coupons and clerical work. Within the first year 14 clients were being served.

As the goals, program philosophy and work of the Center became known throughout the community, enthusiasm grew rapidly. Support from volunteers, businesses, organizations and service groups were overwhelming, while radio, TV and newspaper publicity brought new job contract opportunities for the individuals receiving services. New developments within the Center began with the onset of an eight-week evaluation period upon entering, salaries to all the clients and organized transportation.

With increased services, came the need for expansion. In June 1962, the Workshop was moved from 49 Main Street to a vacant north wing, and eventually the entire wing, of Outlook Sanatorium, located on Route 45 in Urbana and operated from this location through May 1969. It was rented from the Champaign County Board of Supervisors at a reasonable monthly fee of $100. The move in 1962 brought many changes including a name change from Community Rehabilitation Workshop to the Community Rehabilitation Center and early in 1963 the first “Working Agreement” was signed between the State of Illinois Division of Vocational Rehabilitation (DVR) and the Center.

In 1966 staff was increased to three full-time professional positions and the number of clients had grown to 30; the staff and additional equipment was made available through a matching grant from the State Vocational Administration. Since effort began, more than 104 people had received services at the Center and referrals were coming from local social service agencies from 14 Townships in Champaign County. In July 1966, another name change occurred to reflect the growth throughout the county; hence the Champaign County Rehabilitation Center (CCRC) was created. Additionally, the Rehabilitation Center became a member agency of the United Fund, now known as the United Way, and this affiliation remains today.

In May, 1969 the CCRC was relocated to its present location at 717 S. Neil Street, Champaign. Here, the Center continued to grow significantly with an increasing client population of 28 to 50 and expanded facilities space.

Happy Day School emerged from the Champaign County Association for the Mentally Retarded which was formed from initial meetings in January, 1960. Six to eight families convened in the basement of the old Psychology Clinic with the purpose of originating programs that would supplement Unit 4 Special Education classes for children seven to 15 years old. An advisory group of five professionals assisted the parents in group therapy discussions touching on mutual problems and service needs. The group was incorporated in 1960 as a not-for-profit organization as the Champaign-Urbana Association for the Mentally Retarded.

In the fall of 1960, they began operation of a day care center with three children, ranging in ages from three to five. Mothers acted as volunteer teachers meeting twice a week from 9:30am-11:00am. In addition, an activity class began at the same time with five children over age 14 meeting three afternoons per week for two hours. All classes were conducted in space donated by the First Presbyterian Church in Champaign.
Happy Day School was the name chosen to describe the activities of these devoted families. The first paid teacher was hired for the Activity class in the fall of 1961 and her salary was supported by profits from bake sales and community, civic and personal donations.

The first organization to lend continuing financial support to Happy Day School was the United Commercial Travelers. In February 1962, they donated proceeds from their first chili supper to the Happy Day School and the Junior Woman’s Club supported the school’s efforts by providing volunteers and financial gifts for equipment.

Happy Day’s first Executive Director was hired in April, 1963 and by 1965 50% of the budget was provided by a Grant-in-Aid program from the State of Illinois Department of Mental Health. Staff expanded to include the first educationally qualified director with four teachers and together they actively administered the program along with a loyal group of volunteers.

The rate of growth never slowed and by 1967 Happy Day was serving 18 pre-school children and eight students in the Activities class.

The Mayor’s Action for Retarded Children (MARC) and Togetherness Club programs do not share the same detailed origins as the aforementioned programs as their founders were the same individuals responsible for the Champaign County Rehabilitation Center and Happy Day School, respectively.

Mayor Dexter originated a MARC Camp program in 1966 assuming all fundraising and programming responsibilities. The four-week summer recreational activity was held at the Lake of the Woods for handicapped children over the age of five.

In 1967, the Champaign County Association for the Mentally Retarded (CCAMR), later known as the Champaign County Advocacy & Mentoring Resource, acquired the responsibilities for fundraising and planning along with the Mayor’s support. In 1969, Rantoul joined forces as a supporting city of the program and the Champaign and Urbana Park Districts provided tremendous support, especially in donating the use of swimming pools, parks and park equipment. Eighteen individuals attended the first gathering of the Togetherness Club in February, 1969. Sponsored by CCAMR, the program provided recreational and cultural enrichment activities to handicapped teenagers and young adults in the area.

In 1972, the four community organizations outline above, came together to form DSC. Since its inception, DSC has provided opportunities for individuals to live the most independent life possible, while becoming a part of their community. It is from the foundation in which it was built, that the mission was born, “DSC supports people to live a rich and meaningful life.”
During the years, many improvements have been made in all aspect of life for people with disabilities, but there is much more than can be accomplished. Together, as a community, we must continue our mission with passion to give each person the opportunity to be the best they can be. 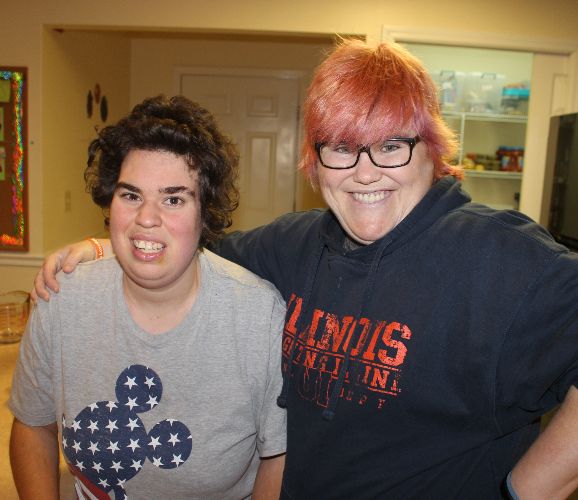